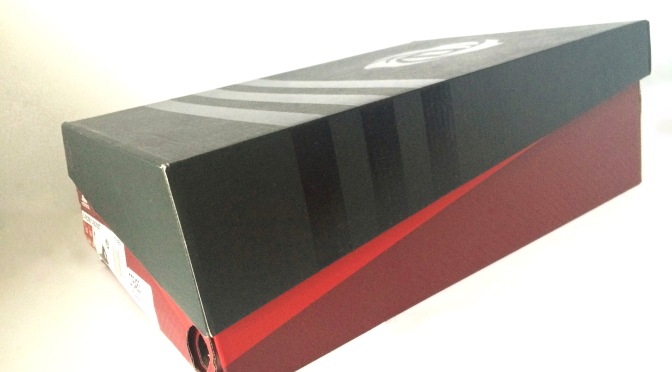 I’m a bit late. I know. The “Bad Dreams” Collection by Adidas was released in December last year (2014).

The “Bad Dreams” Collection by Adidas was released last December 12, 2014. The shoes included in this collection are the D Rose 5, J Wall 1, Crazylight Boost, and the Crazy 8 II. Each shoe has the same gimmick. It glows in the dark. Yep, it glows in the dark. Not really a big factor to the shoes since you wouldn’t be playing in the dark.

To some of you who have already read reviews of the D Rose 5, this is for those who have not yet seen the reviews and want a nice pair of kicks to ball with.

On to the review.

Here’s the top view of the box. Nothing special. Just the traditional 3 stripes and Rose’s logo. 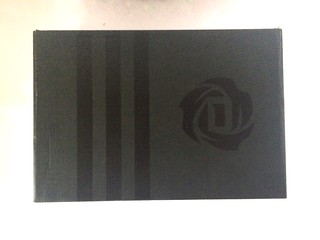 The flap is just plain black, but the body of the box has a crimson and bright red color. 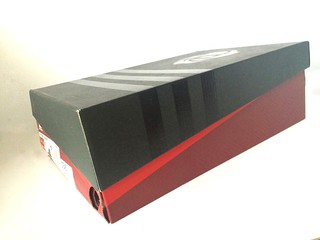 Side of the box containing the details of the shoes. I’m a size 11, but I had to choose a bigger size since the size 11 was too fit on my feet that it was already uncomfortable. 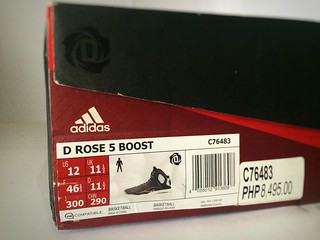 When you open the box, the shoes are covered in plain black paper. 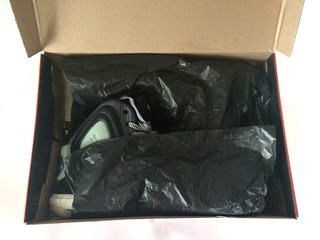 When you finally remove the shoes from the box, this is what it looks like. 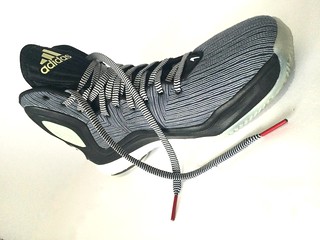 The shoes’ fabric cannot be washed or brushed ’cause it might damage the material.

For the design, it has these thin white stripes that run in different directions. The base fabric has a bluish color that is somewhat close to gray. The texture is pretty smooth and not rough.

The laces have this simple black and white design with a zigzag pattern and red aglets. It’s not too thick to bother the player while playing and not too thin that it won’t tighten as much. 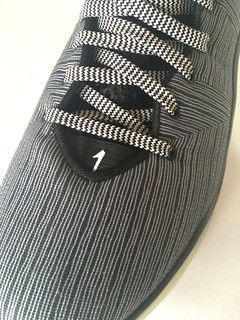 At the base of the tongue, Rose’s jersey number,1, is shown. 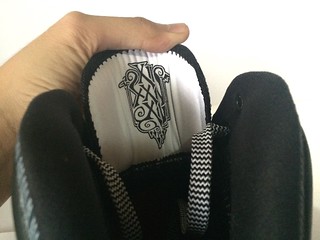 Behind the tongue, there’s this design with roman numerals. I honestly don’t know what that stands for but it does look cool. 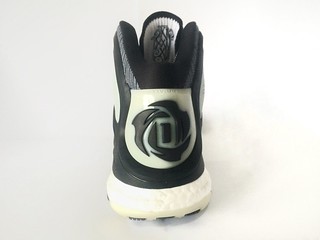 The logo of Rose has been molded on to the back of the shoes.

– The traction is great. I’ve only tried this once indoor and it was wonderful. No slipping whatsoever. Just don’t get it too dusty, but if you do, just wipe it off and you’ll be good to go!

The sole is composed of three components for the heel, mid, and forefoot.

The heel has a 3 stripe design with the middle stripe having tiny squares and the other two stripes also having tiny squares but in a downward design. The forefoot has a wavy pattern while the mid area has a diamond shaped pattern; The different patterns on the sole of the shoes help the player move better in different directions. 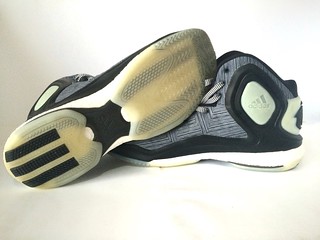 – When it comes to support, I always want something that can help in protecting my ankles. The D Rose 5 helps protect my ankles and not reduce the movement when I’m switching directions.

The inner part of the shoe has this small cushioning for your ankles that gives you a bit of comfort while playing. 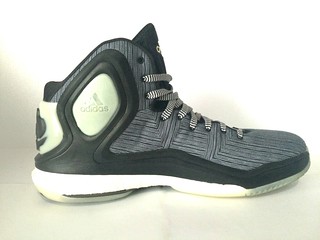 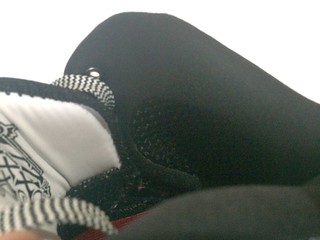 The heel lockdown provides enough security for your heel when running and doesn’t hinder your movement when changing directions unlike the Nike Hyperdunk 2015 where the heel lockdown is too stiff and hard that it’s already too uncomfortable.

For the fit of the shoe, well, it’s great. Not too tight. Just right. It’s the right kind of tight that the shoe is still responsive when moving.

Also, as seen in the previous picture, you could see a black x-like support underneath the translucent soles. That is the torsion system. What does it do? Well, according to complex.com, this is what it does:

-“A thermoplastic arch support designed to allow the forefoot and rearfoot to move independently and adapt to running surfaces without straining the foot through excess motion. Torsion excels by allowing the midfoot to naturally adjust to the ground and offering high levels of support and stability which are suitable for a range of sports.

How does it work? Think of the Torsion System as a lightweight bridge between the forefoot and heel. By supporting the midfoot, Torsion System serves as a platform which helps to combat improper flexing of the arch. This is beneficial for protection, fit, and control during strides and movements. The result is a smooth heel-to-toe transition.”

True enough, it does have a smooth heel-to-toe transition.

– BOOST. THE BOOST IS EXCELLENT.

The whole sole of the shoe has the full length Adidas boost or also know as the TPU (thermoplastic polyurethane).

The boost technology provides comfort and responsiveness while playing. During the time I used this, I could really feel the boost working because I could feel my feet being pushed forward either while running or jumping. The boost foam also softens the landing of your feet when coming from a rebound or anything that involves jumping. 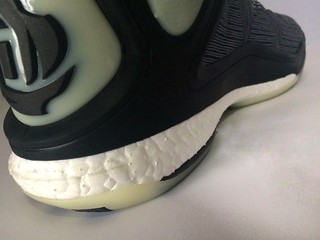 – Not the worst but certainly not the best. My Adidas Crazy Fast 2 has better ventilation than this. Seriously. They could have done a better job on giving this more ventilation without sacrificing the looks or the performance.

This is a great shoe. A really great shoe. I do recommend picking up a D Rose 5, especially now that the D Rose 6 is coming out and that would mean that the Rose 5 would become much cheaper. For those having second thoughts about this shoe, I hope this helps you in making a decision.

Thanks to soleshift.com for helping me review this pair of kick. Without your spot on review, I wouldn’t have known some of the details about this pair.

If you guys want to wear this when going out and are having second thoughts, check out my previous post.

You guys could cop this pair at the NBA Store at Glorietta 4 or at the newly opened NBA Store at SM Megamall.

Let me know what you think about the D Rose 5 by hitting up the comment section below! Thanks guys!